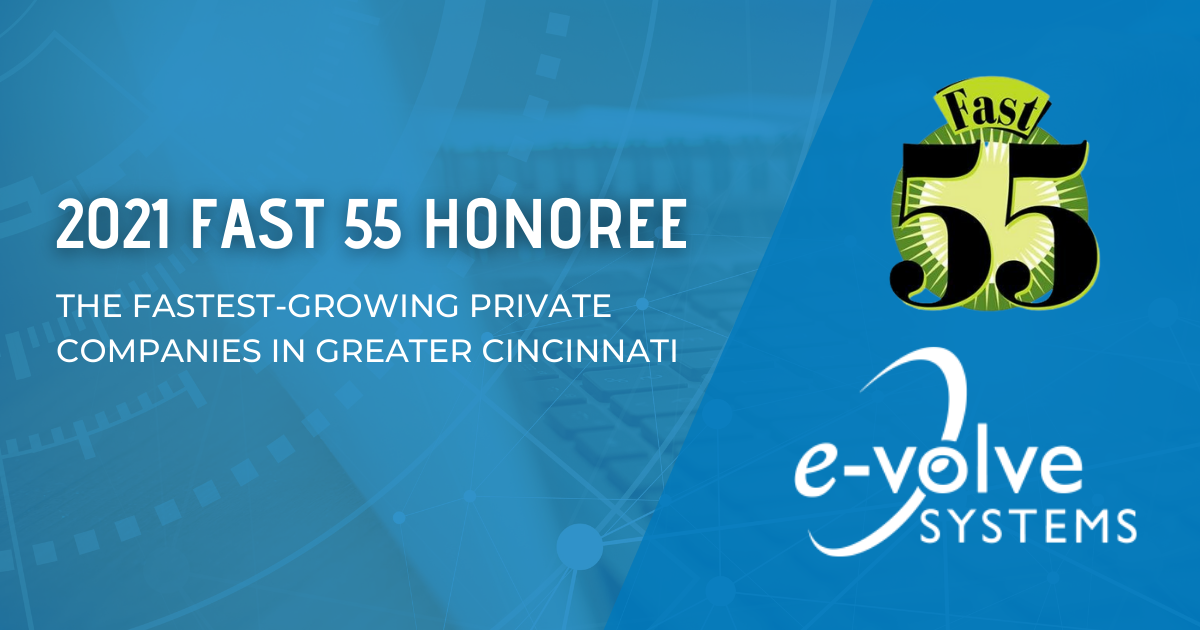 We are happy to announce that E-Volve Systems is in this year’s Cincinnati Business Courier’s Fast 55! The region’s list of fastest-growing private companies.

It is an honor for us to be in the Cincy Fast 55 again. We are beyond grateful to all our industrial automation partners, clients, and hardworking team of controls engineering experts. You all made this feat possible.

Looking forward to many more years of continued growth and success with the Greater Cincinnati community!

To learn more about E Volve Systems, our work in industrial automation and controls engineering visit our website at e-volvesystems.com. 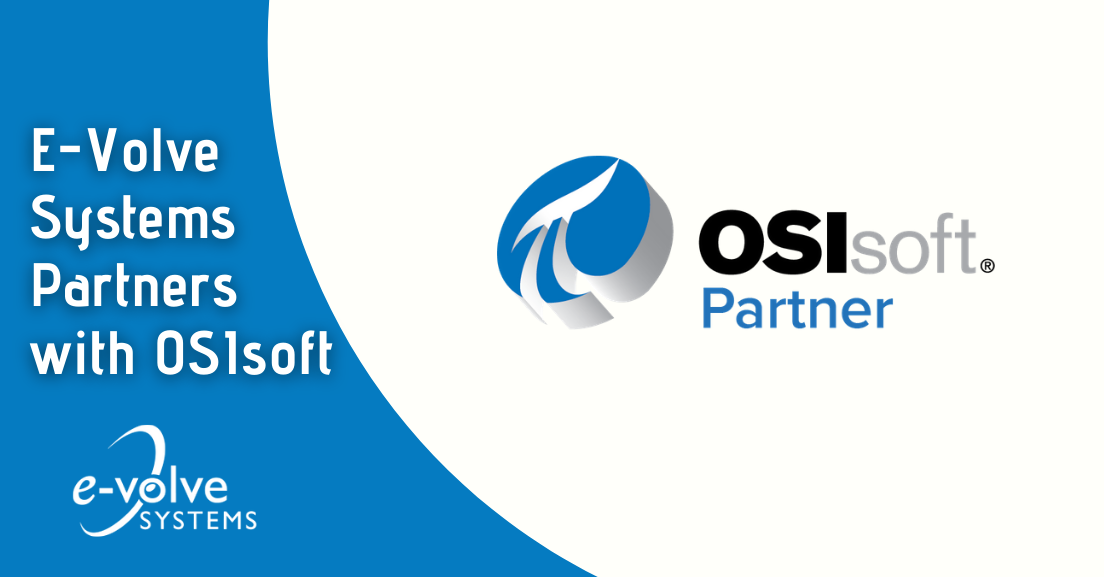 Announcing E-Volve Systems Partnership with OSIsoft and the PI System

As part of E-Volve’s commitment to provide industry-leading automation solutions to help our customers meet and exceed their goals and needs, we’re pleased to announce our partnership with OSIsoft and the OSI PI System.

OSIsoft’s decision to partner with us further demonstrates our ability to implement the latest technology for the demands of Industry 4.0 and the Industrial Internet of Things (IIoT). We’re excited to provide the value-added benefits of the OSIsoft Partner Ecosphere to our current EvoSystem collection of off-the-shelf yet custom-designed solutions. The OSI PI System offers enterprise infrastructure for the management of real-time data and events and has become an industry-standard across industrial verticals.

At E-Volve Systems, we continually push the edge with today’s evolving technologies. As part of this dedication to innovation, while adhering to industry-specific standards, we look forward to utilizing our industrial automation expertise to install and implement the OSI PI System Infrastructure for current and future customers.

Ask us anything about the OSI PI System, and we will show you how E-Volve Systems and OSIsoft will help you drive efficiencies and automate for results! Join two-thirds of Global Fortune 500 industrial organizations who choose the PI System, and learn more at www.osisoft.com. 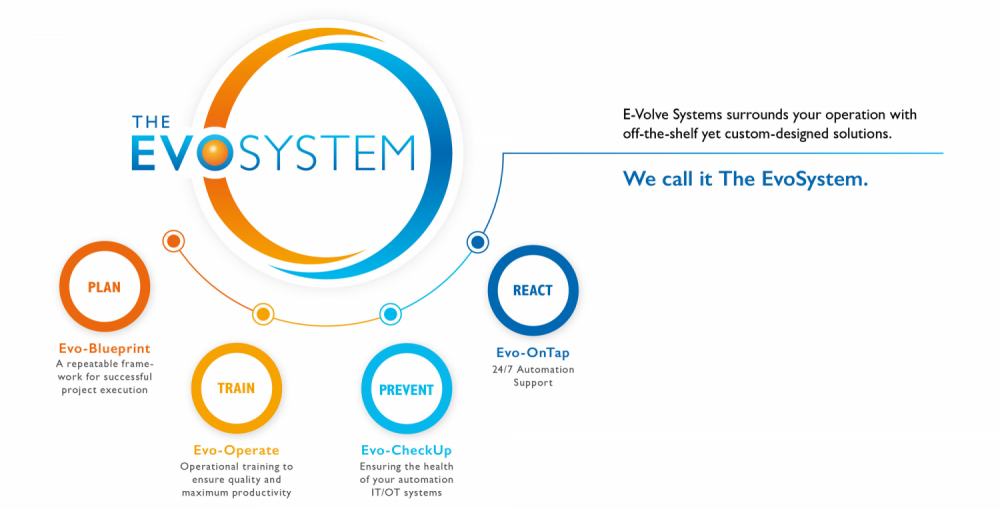 What is The EvoSystem? (Infographic) 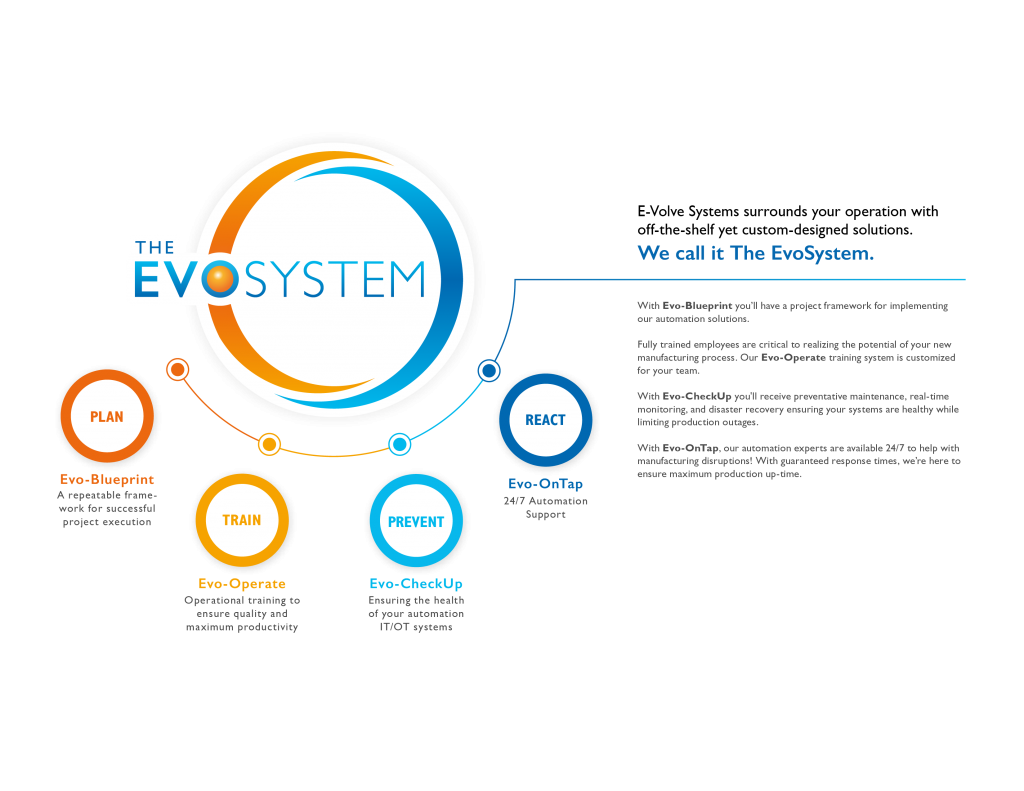 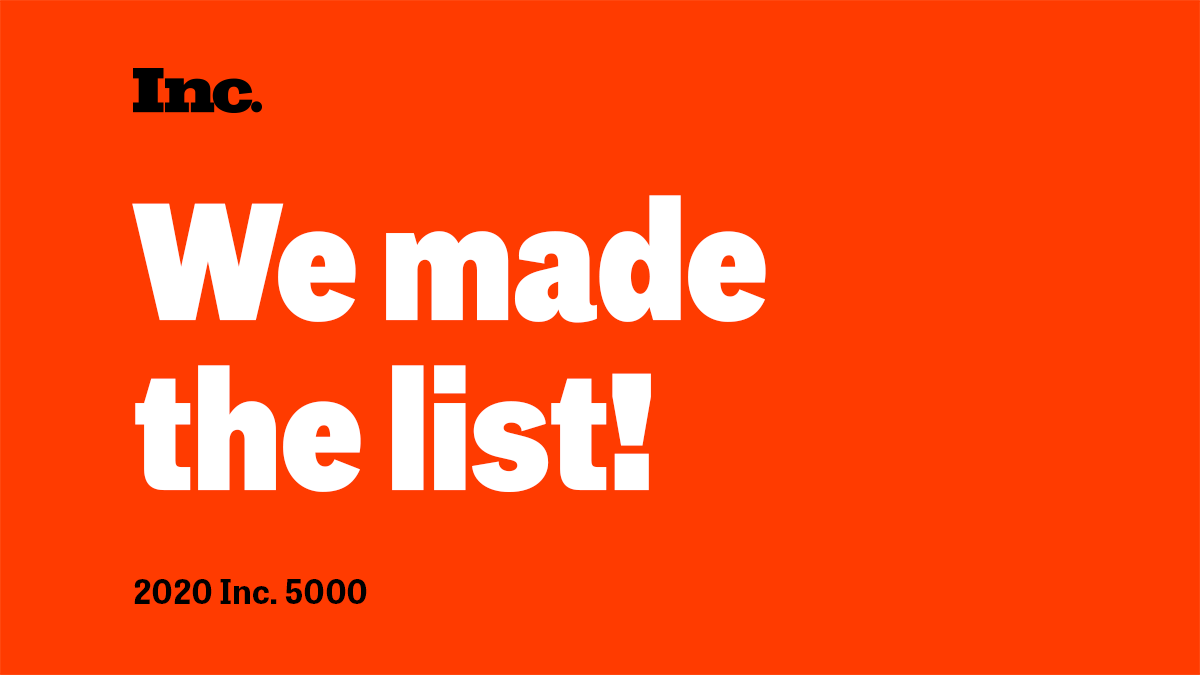 We are thrilled to announce E-Volve Systems has made the Inc. Magazine Inc. 5000 list for the 5th year in a row!

It is a tremendous honor, and we are grateful for our team’s hard work and expertise that has earned us the recognition. See the full list of honorees and our official rank at #3856 (with a growth rate of 92.39 percent!) at www.inc.com/inc5000.

2020 has been a prolific year for E-Volve, the exciting news of making the Inc. 5000 follows two other honorable nominations. We have been nominated as a finalist for the Cincy Fast55 by the Cincinnati Business Courier and named a 2020 System Integrator Giant by Control Engineering and Plant Engineering. 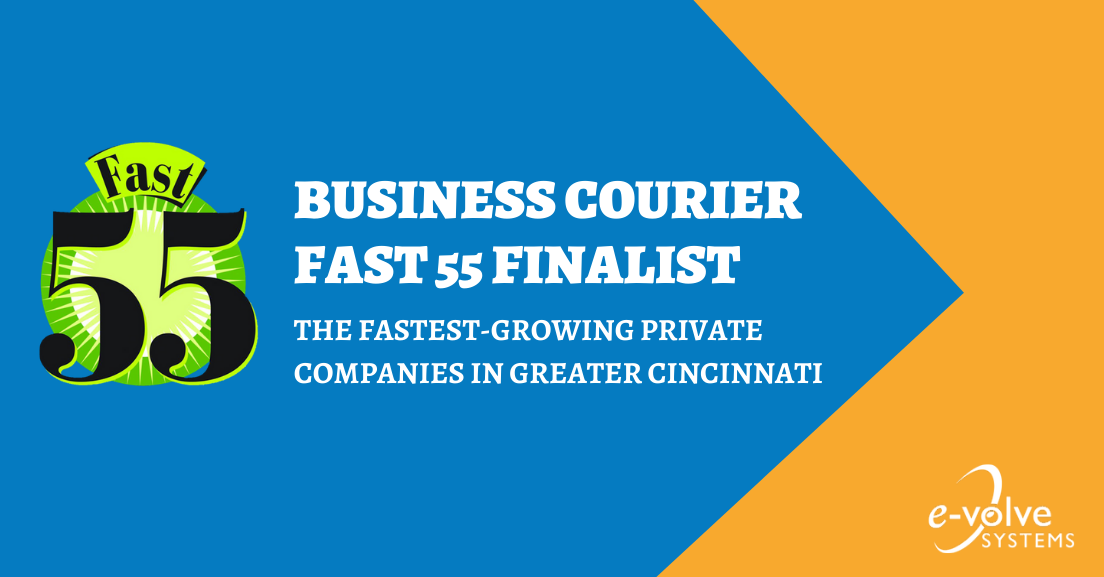 We are pleased to announce that E-Volve Systems is a finalist for this year’s Cincy Fast55! This exclusive designation from the Cincinnati Business Courier is awarded annually to the fastest-growing private companies in Greater Cincinnati, based upon revenue growth.

To be included in the Cincy Fast55 is an honor. We are grateful for all of our customers and team of dedicated and enthusiastic engineers at EVS that made our consistent growth possible. We look forward to many years of continued success growing with the Greater Cincinnati community.

Overcoming the challenges and always beating the odds, it has been a prolific year for E-Volve Systems. In 2020 we’ve also been named a 2020 System Integrator Giant by Control Engineering and Plant Engineering.

To learn more about E-Volve Systems, our work in automating critical functions, and recent recognitions, visit our website at e-volvesystems.com. 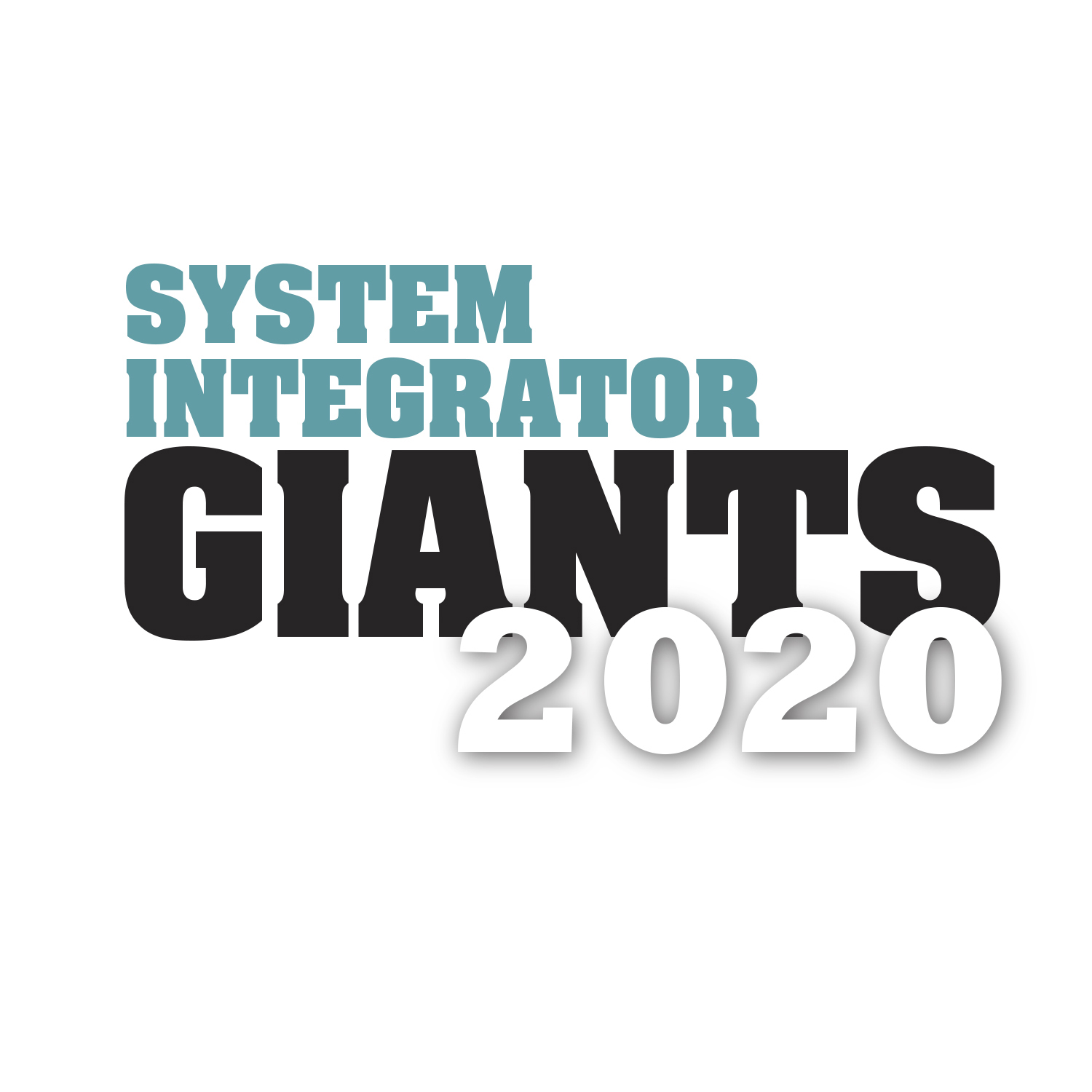 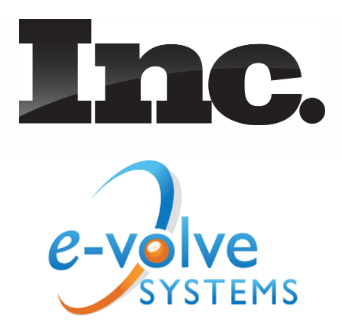 NEW YORK, August 14, 2019 – Inc. magazine today revealed that E-Volve Systems is No. 2,804 on its annual Inc. 5000 list, the most prestigious ranking of the nation’s fastest-growing private companies. The list represents a unique look at the most successful companies within the American economy’s most dynamic segment—its independent small businesses. Microsoft, Dell, Domino’s Pizza, Pandora, Timberland, LinkedIn, Yelp, Zillow, and many other well-known names gained their first national exposure as honorees on the Inc. 5000.

“We at E-Volve Systems are honored to be included on the Inc. 5000 list for the fourth year in a row.  Thank you to Inc. for the recognition and congratulations to all honorees. I’m so very thankful to all the team members at E-Volve Systems.  These are the people that make our success a reality with hard work, enthusiasm, expertise, and genuine care for our client partners.

Thank you again.  We hope to see you all again on this list next year!”

A commercial drug manufacturer in collaboration with E-Volve Systems implemented a critical monitoring system that required environmental data to be recorded in a 21 CFR Part 11 compliant manner.

The solution included a Windows service that polls the SCADA for gaps in historian data. If a gap is found, the solution pulls data from the buffers and populates it into the SCADA system. This provides redundancy and verification that critical data resides in a single repository, ensuring data integrity. The customer relied solely on the existing SCADA and used the most robust instrumentation to protect against critical data loss.

The end-user chose Vaisala instrumentation equipped with loggers that provide data buffering to protect against critical data loss. However, the buffering capability did not integrate “off the shelf” with the existing SCADA, Rockwell Automation FactoryTalk. The buffered data from the loggers did not automatically populate data to the historian after a SCADA outage. 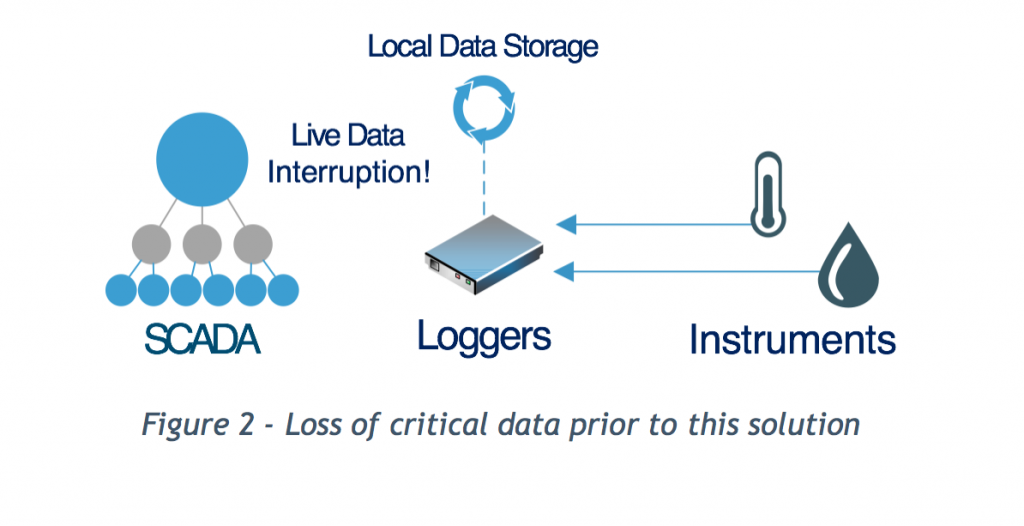 The architecture selection allowed the customer to deviate from the more typical control system implementation which would include PLCs and remote I/O nodes. The architecture consisted of 150+ Vaisala temperature and humidity sensors and data loggers mounted throughout the facility. The data loggers have a 10-year internal battery and a sample storage capacity that can store from days to years’ worth of data based on the number of connected sensors and the configurable sample interval. Each sensor was connected to a data logger which buffered data and transmitted real-time data to an OPC server. The OPC server was also the home of the custom solution described within.

The software solution developed was a Windows service designed to actively poll the historian to find gaps in critical data. This polling occurred on a configurable, timed interval. A gap in historical data could occur for a variety of reasons, including power loss, communication loss, or servers not running. Once a gap in data was identified, the service retrieved data from the instrument data loggers and populated the historian with missing data. If a critical data gap is detected and the solution is unable to retrieve data or unable to populate the data gap, a SCADA alarm is generated and relevant personnel are notified using WIN-911 notification software. The service is multithreaded, so it takes full advantage of the VMs available resources, reducing the time to recover from a critical data gap. This is especially useful when multiple critical data gaps have been created from different loggers, as data can be read from more than one logger simultaneously. The service is also able to fully recover from any system failure such as unexpected shutdown of the VM. The software solution decision tree that highlights the functionality is detailed below. 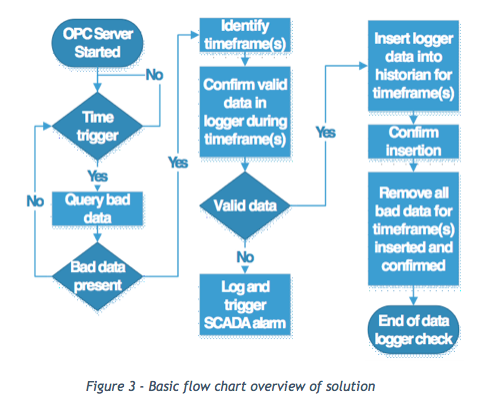 This service allowed the client to use their selected data loggers with their existing industry standard historian and SCADA system. It requires no action on the part of the client. The alternative that had been provided to client was a standalone system based around the data logger selection, which would have required separate specialized historian and reporting software to be purchased and maintained. This would mean separate reporting and trending tools for data for just one section of the plant. This would require additional training to use and considerable expansion of the virtual infrastructure. Additionally, a custom solution in the event of non-recoverable data setting off an HMI alarm would have been required.

The solution has been validated, is now running, and has successfully inserted otherwise lost critical data. Currently, power/communication could be lost for 3 months and the provided solution would insert critical data for all 150+ sensors upon communication restoration. This solution has allowed the end-user to implement a critical monitoring system that consists of instrumentation that connects directly to the existing SCADA system. This eliminated the need for multiple sources of critical data, as well as a programmable logic controller with remote input/output nodes spread across the facility. 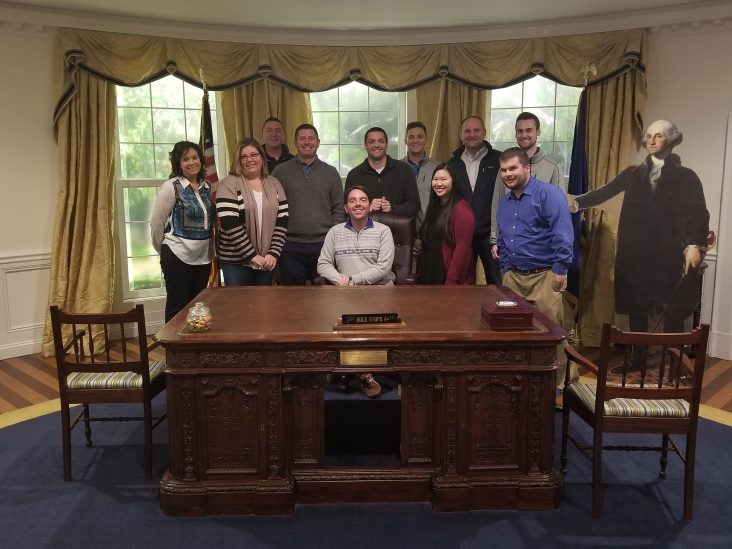 Our Cincinnati office had a great time “escaping” from the Oval Office today at Houdini’s Escape Room. We escaped with time to spare thanks to collaboration and teamwork! 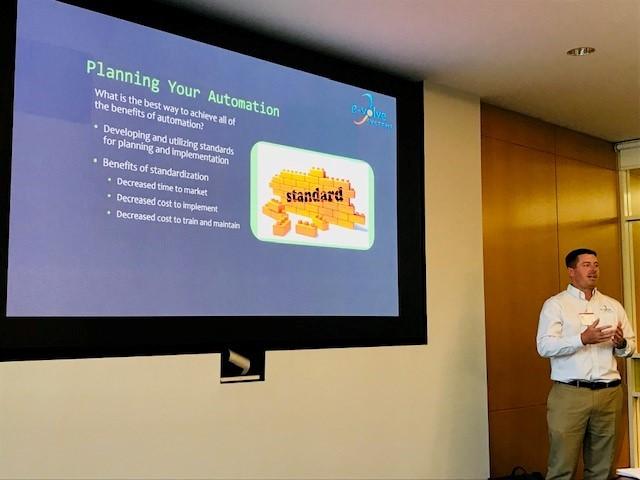 E-Volve Systems’ President, Kevin Stout was recently invited to present at an event sponsored by ARMI/BioFab, IEEE, and Rockwell Automation entitled Automation and Data Management for the Manufacture of Tissue Engineering & Regenerative Medicine (TERM) Products. Kevin spoke to a large group of TERM experts about the benefits of automation and the proper process of planning automation implementation. The field of tissue engineering and regenerative medicine holds enormous potential to restore and improve damaged tissues, cartilage and even whole organs. The FDA has recently announced policy framework to facilitate and expedite the availability of therapies to patients with serious, or potentially life-threatening conditions. As this field continues to evolve, work is underway to make large-scale manufacturing of engineered tissues a reality. Our cutting-edge solutions support scalability and standardization of this process. We are excited to be part of an industry that will have such a positive impact on so many, and we look forward to adding value however we can in the advancement of this field.